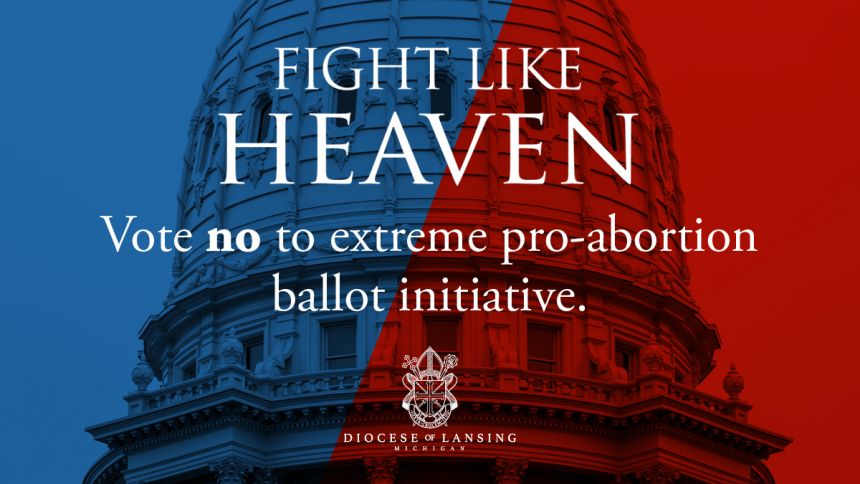 LANE is based in beautiful West Michigan. Right now, the state of Michigan is going through a fight about abortion as fierce as anywhere in the U.S. since the overturning of Roe v. Wade. In November, Michigan voters will either approve or reject Proposal 3, also known as the “Reproductive Freedom for All” constitutional amendment. If passed, Proposal 3 would vastly expand access to abortion in Michigan.

Michigan's governor and her allies have vowed to "fight like hell" for abortion. In response, the Catholic Church in the state has resolved to "fight like heaven" through prayer, fasting, and almsgiving. Specifically, Catholics are encouraged to pray a 54-day Rosary novena that begins on September 15, the Memorial of Our Lady of Sorrows, and ends just before election day.

The idea for this initiative came to Fr. Gordon Reigle of the Diocese of Lansing one day while he was praying in his rectory chapel. Greg Smith, Dean of LANE and host of the Considering Catholicism podcast, got Fr. Reigle on the phone to discuss the genesis of the campaign, why we should fight for the protection of life, and how we can join in this important fight. Give it a listen, then click here to sign up for daily emails or text messages to help you pray.